All of our guides are licensed and guide full time, with summers spent at the Goodnews River Lodge, and the rest of the year on their home waters in places like the Keys, Oregon, Louisiana, the Rockies, and Michigan.

Have you ever booked a trip to a remote fishing destination only to get there and find that the guides are not up to par? Well, you won’t have that problem at the Goodnews River Lodge. We not only great fishermen/Guides, but also great guys who truly enjoy being around people. And we’re especially excited to say that in 2022 all of our guides have had prior experience on the Goodnews River. Most of them return every year to their favorite fishing hole, and each has his own favorite fish, methods, and sections of the River. That’s why we have you fish with a different guide every day. They’re all great, and you’ll love the time you spend on the water with each of them. Here is who you will be fishing with on a trip to the Goodnews River Lodge in 2022. 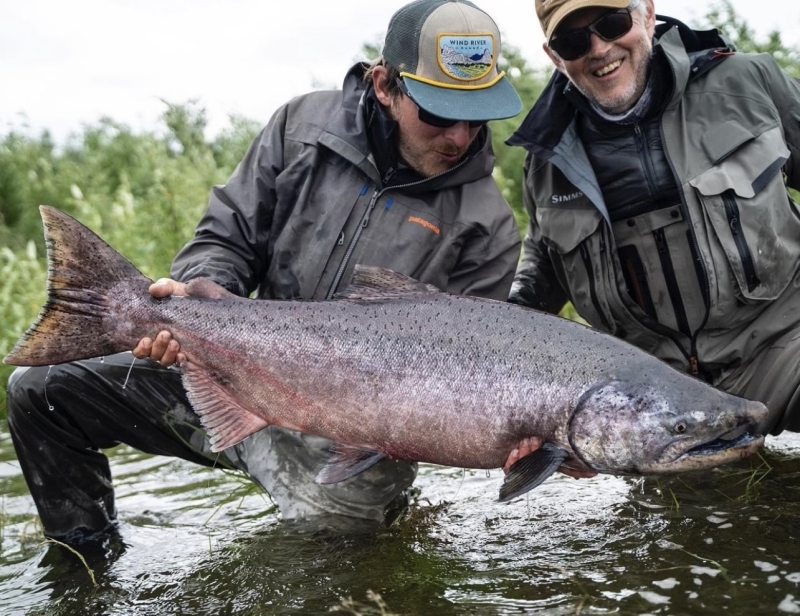 This will be Alex’s tenth season on the Goodnews river and thirteenth season in Alaska. He has spent time guiding in southwest Florida and hopes to soon be running trips in Northern California for steelhead, trout, and striper as well. The son of a fishing guide, Alex spent much of his childhood fishing the waters of Florida’s Space Coast. Alex came to the Goodnews river first as service staff at the age of eighteen and quickly fell in love with it. After his first five year stint (three of them guiding), he spent the next few seasons in southeast Alaska fishing the Inside Passage out of Prince of Wales Island before realizing how much he missed the Goodnews River system and returned. While skilled at targeting all species on the river he especially enjoys running up river to the braids and smaller sections of stream to afford anglers the opportunity to sight-cast to dolly varden, arctic grayling, and rainbow trout. 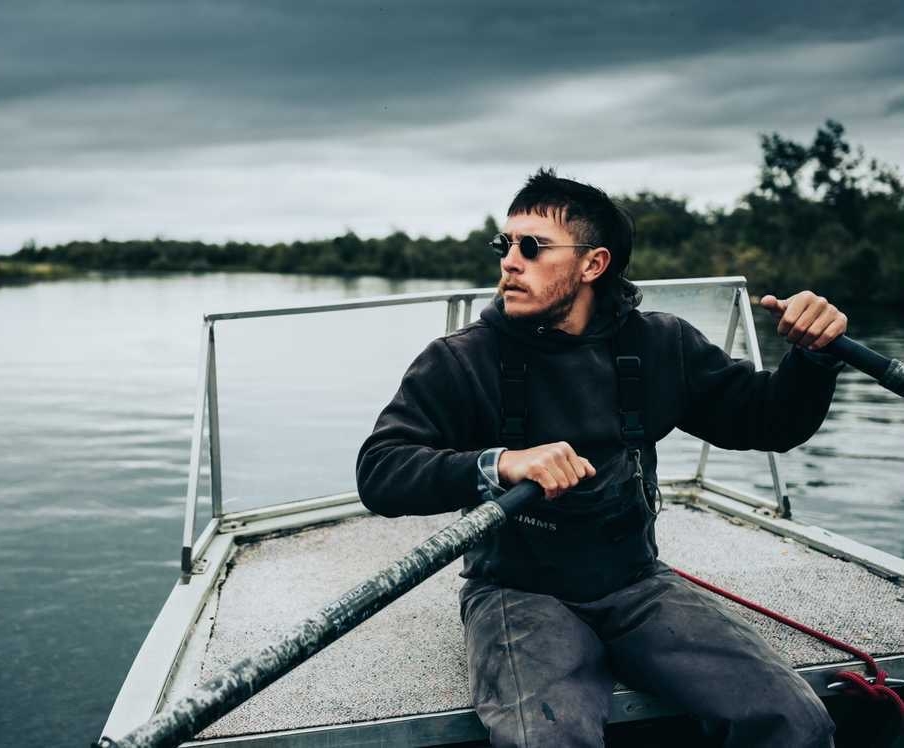 Cratty, like the others who have become part of the core camp group, started as support staff. The perfect blend of no-nonsense assertiveness and pure banter, he won’t hold back in telling you what you’re doing wrong. But you will catch fish with him, and you will enjoy yourself while you do it, especially if you have a soft spot for Conway Twitty and Steely Dan. Frankly it’s hard to describe a day on the water with him without experiencing it yourself. He is one of the hardest working people we know and he knows this camp like the back of his hand; probably because he helped build a lot of it, and still maintains the essential pieces even after long days on the water. In the off season he lives in New Orleans, where he guides for Redfish in the Biloxi Marsh (in those same round/non-Smith sunglasses, and yes they’re polarized). This will be his tenth season with us in Goodnews. 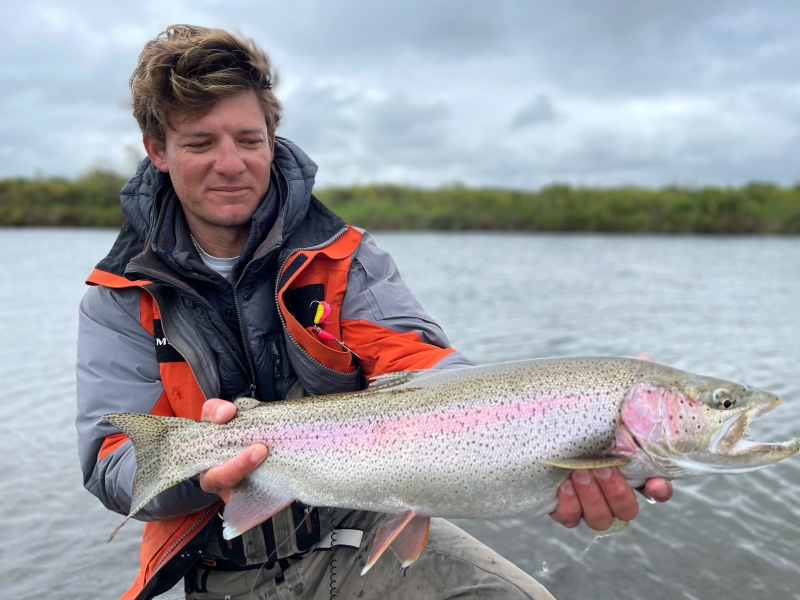 Johnny also started with us years ago as support staff and quickly proved to be an irreplaceable addition to the team. A favorite among guests almost immediately, it wasn’t long before the writing was on the wall; this guy is going to guide for us. Anyone can quickly tie knots, do casting demos or find fish, especially in Alaska, but what sets Johnny apart is his next level customer service. Treating each and every guest like they were family, as well as his extreme optimism is what has his dance card pretty much filled all season. In the off season he spends his time in the Florida Keys, chasing permit, Tarpon, and bonefish. This will be his seventh season at Goodnews. 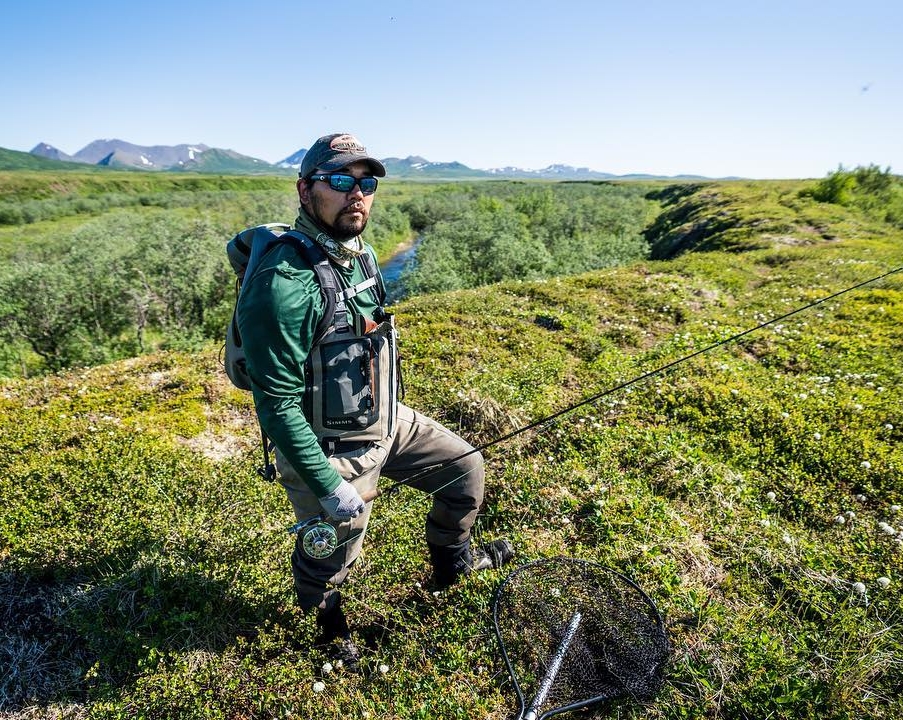 If experience counts for anything, then Jan is worth his weight in gold. Growing up in Goodnews and running the river from an early age has made him incredibly knowledgeable, as well as a great steward for the watershed. Spending his previous years as the official River Ranger of Goodnews, he’s spent extensive time running the river from the mouth to the upper reaches, all the while fishing in between. Every guide has their hot spots, it’s just that Jan has a few more. In his years guiding for us he has become a guest favorite for his dry sense of humor, smooth driving, and his wealth of knowledge on Goodnews and the surrounding area. He’s also a great shot, knows this river like the back of his hand, and keeps an eye on the place while the rest of us enjoy our winters elsewhere. 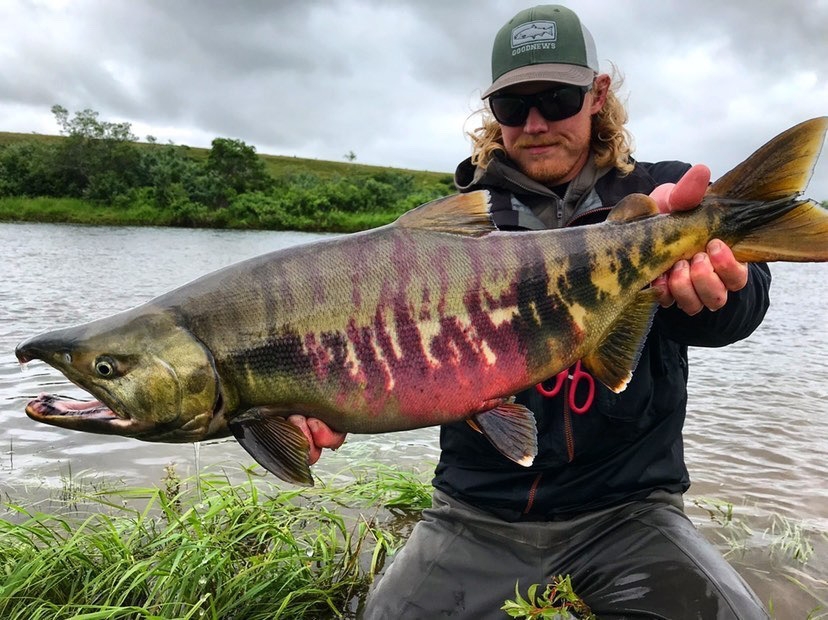 Kyle is a natural fisherman having developed a love for water and adventure at a young age. He spent his youth swimming competitively, lifeguarding, scuba diving, and playing outside. While attending Indiana University he found that he’d rather spend all of his time fishing and playing rugby than attending lectures at the HYPER. Kyle’s a self taught fly caster that immediately connected with the hobby of fly fishing and turned it into a profession. He’s leveled up his talents over the years by guiding six years in Alaska, bouncing around several different rivers in the last frontier before finding his home at Goodnews River Lodge. He’s since completed advanced guide courses in Montana, obtained a Coast Guard Master Captain’s license, and began guiding in his home state for backyard bronzebacks. Kyle’s favorite fish is the smallmouth bass and the superficial explosion that occurs with a popping bug. You can find him quoting every line of Big Lebowski, training his Pudelpointer Nellie, or working as a do-it-all carpenter on custom homes. 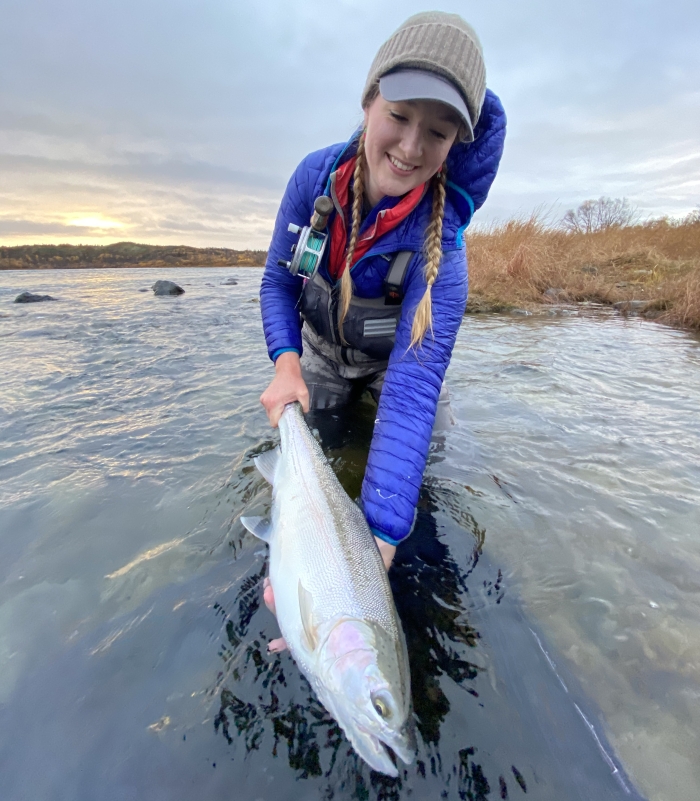 Alex came to us in 2021 after spending years hearing about swinging for kings on the Goodnews while she lived in Washington. A former co-owner of Waters West Fly Shop on the Olympic Peninsula, she moved to Alaska year round in 2020. She has fished internationally as well as all over Alaska, spending the last few seasons hosting trips in the Bristol Bay region just south of us. Alex grew up in California (but left as soon as she could), where she learned to fish as a kid in the Sierra Nevadas for small trout in mountain streams, as well as in the many reservoirs of Southern California for largemouth bass. After that she spent a few years in Washington, chasing Steelhead on the OP. If she can’t swing something up on a two-hander, she’s probably trying to get them on poppers; the more violent the take, the better. This will be her second season on the Goodnews. 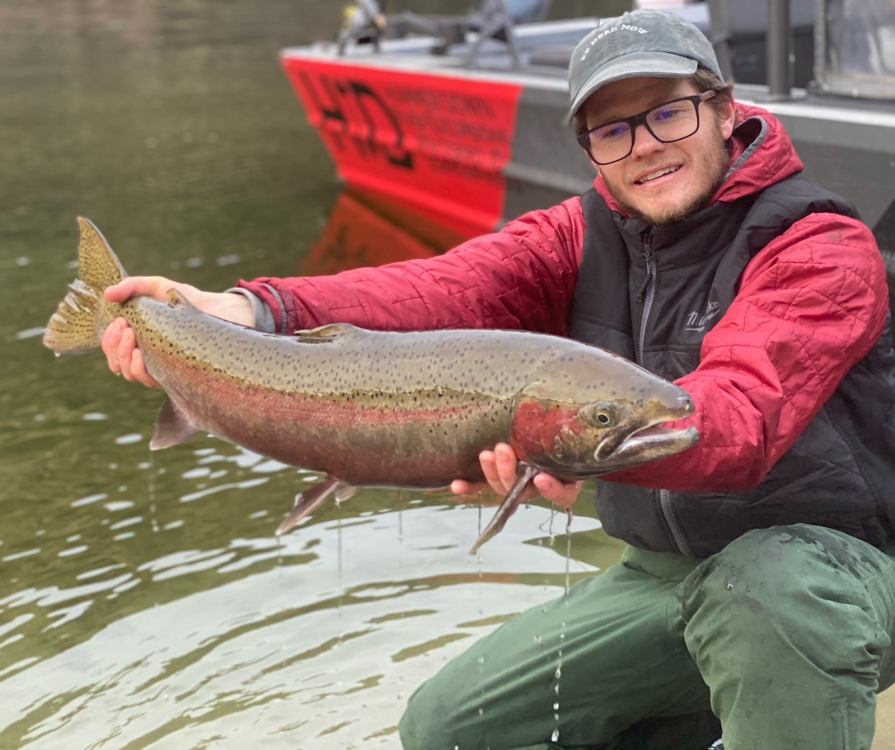 Dylan is a self described “peace loving, earth loving, fish addict”, who has chosen a lifestyle to provide an experience for anglers, while also filling his own fix. He has fished his whole life, and spends his non-summer months in White Bird, Idaho. During the off season he chases bass, salmon, and sturgeon, as well as steelhead with a spey rod on the Salmon, Clearwater, and Snake Rivers. His dog Ivory enjoys fishing with him as well, especially for white sturgeon. This will be his second season guiding in Goodnews, after spending the 2020 and 2021 seasons in Idaho, using big boats to chase sturgeon. 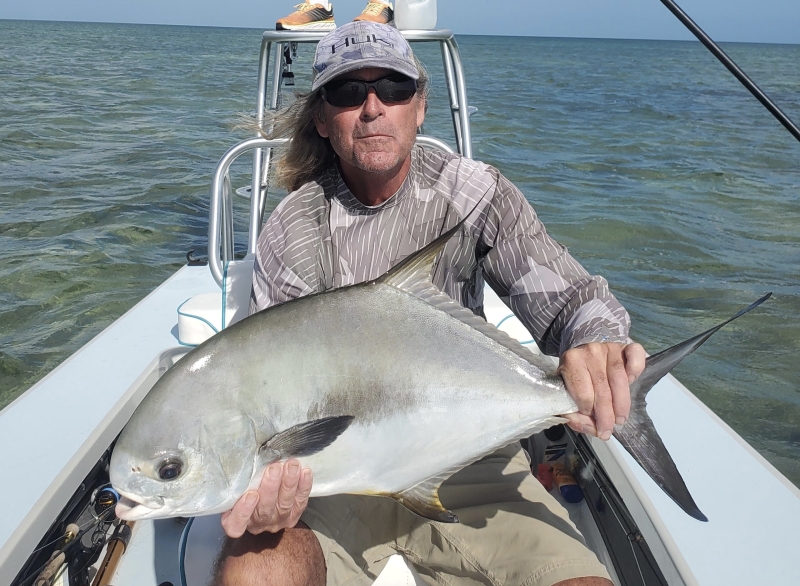 If there’s one thing Rob always makes sure of while he’s out on the water, it’s that you’re having the best day ever. He’s a great time to fish with, will keep you laughing, and has spent the last four years with us up here. He spends his winters in Utah, skiing powder. This will be his fifth season at Goodnews. 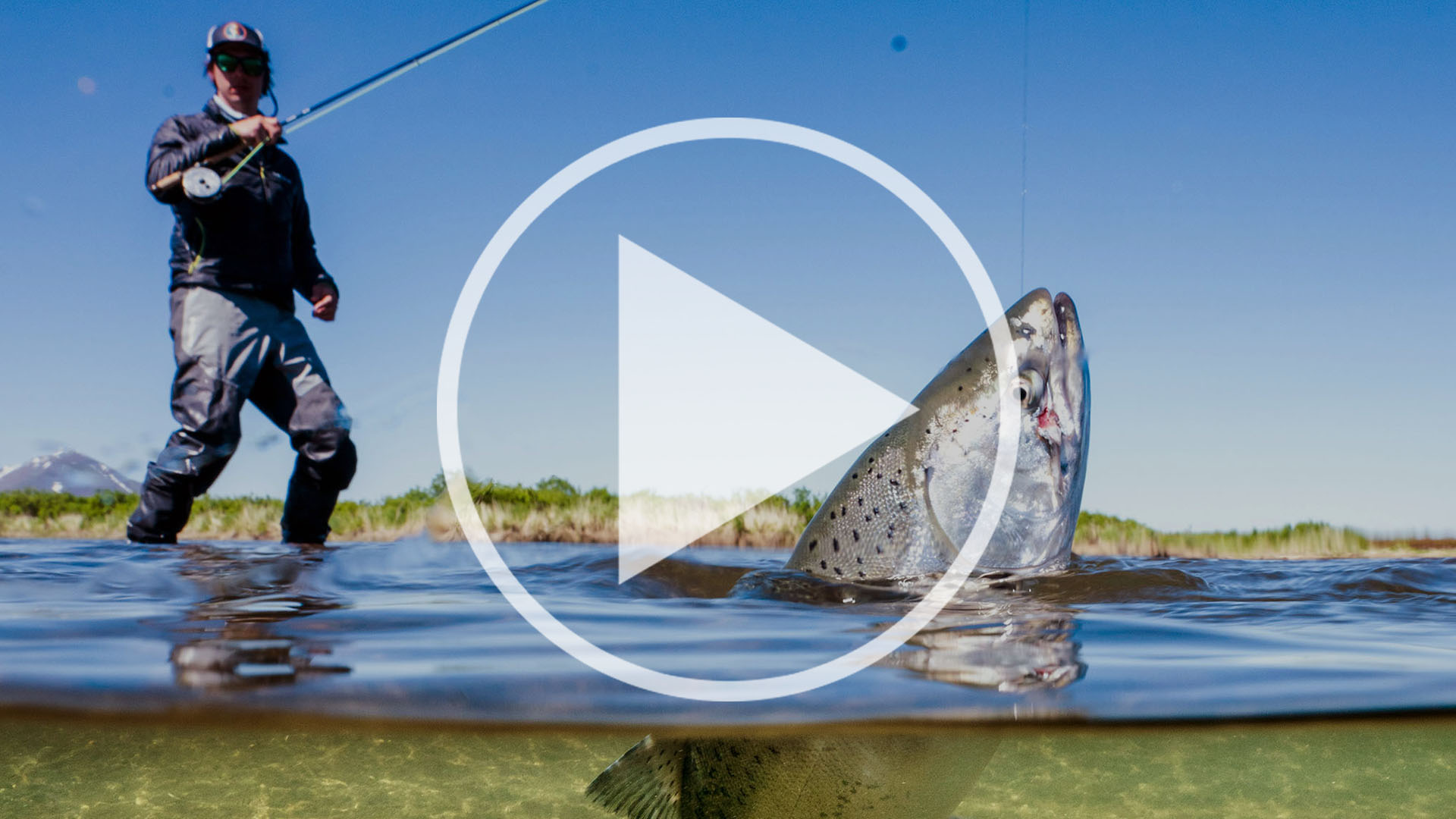 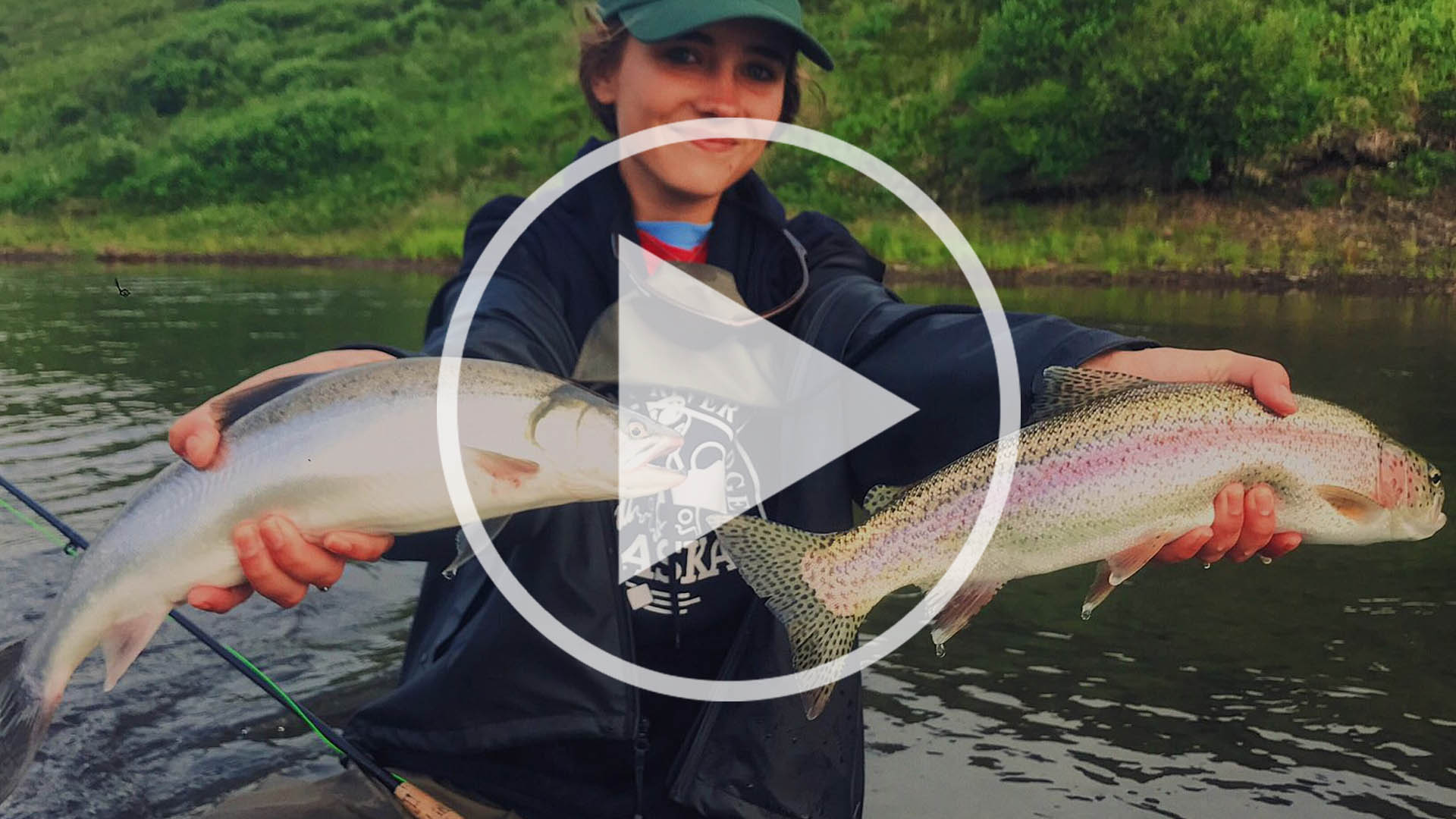 World-Class Fishing
on the Goodnews River 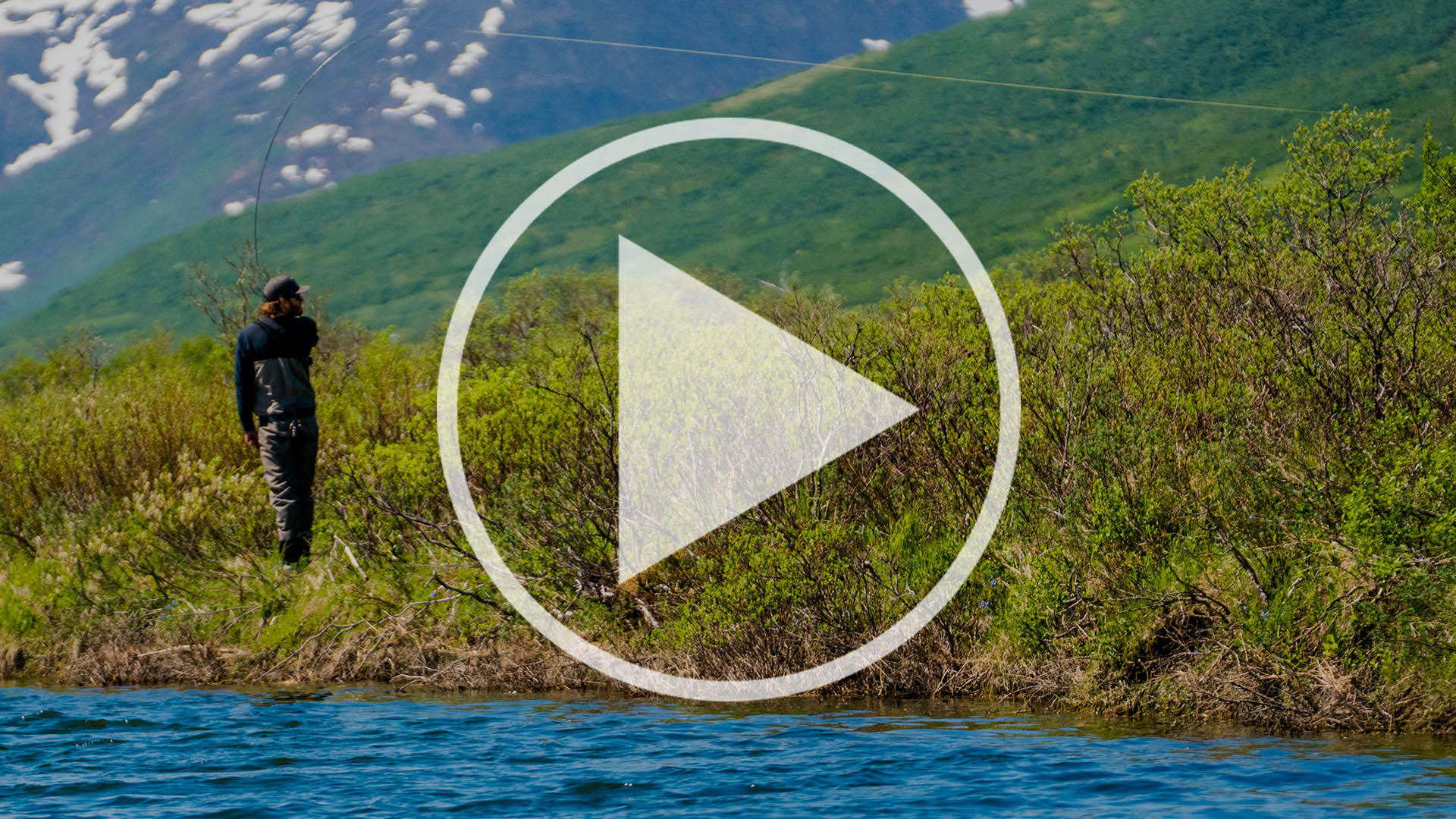 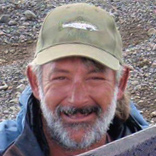 The Goodnews River Lodge has been owned and operated by Mike Gorton and the Gorton Family for the past 22 years. 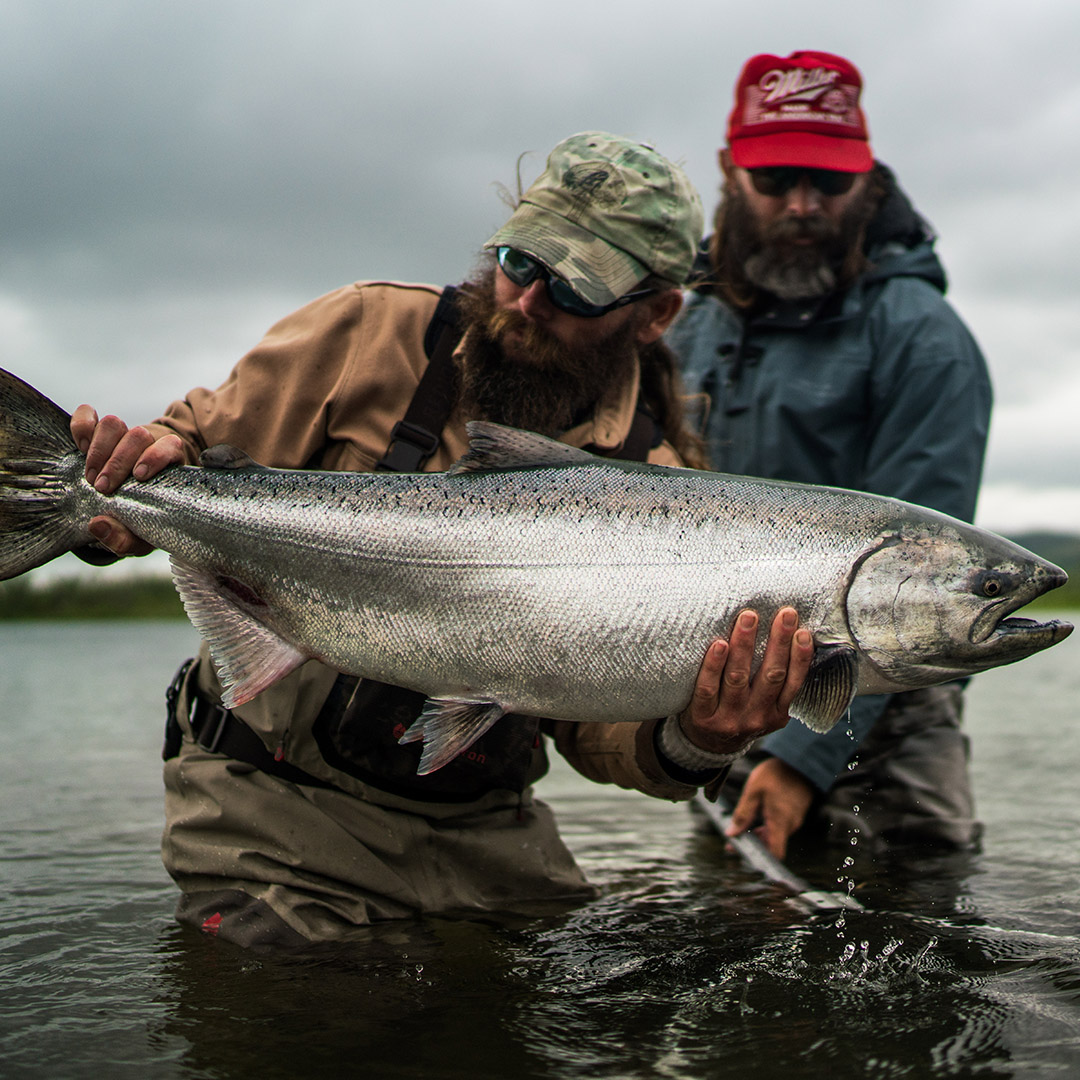 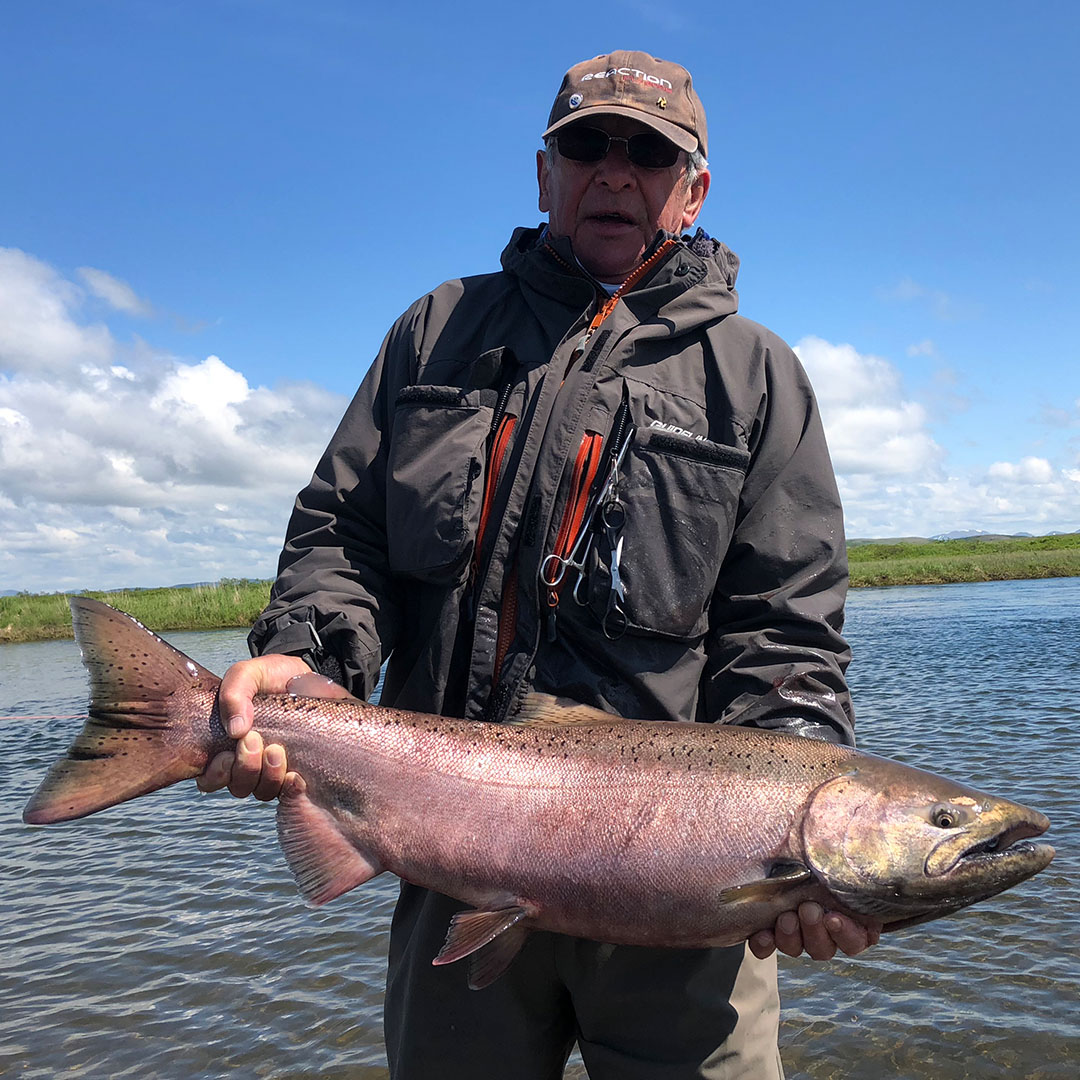 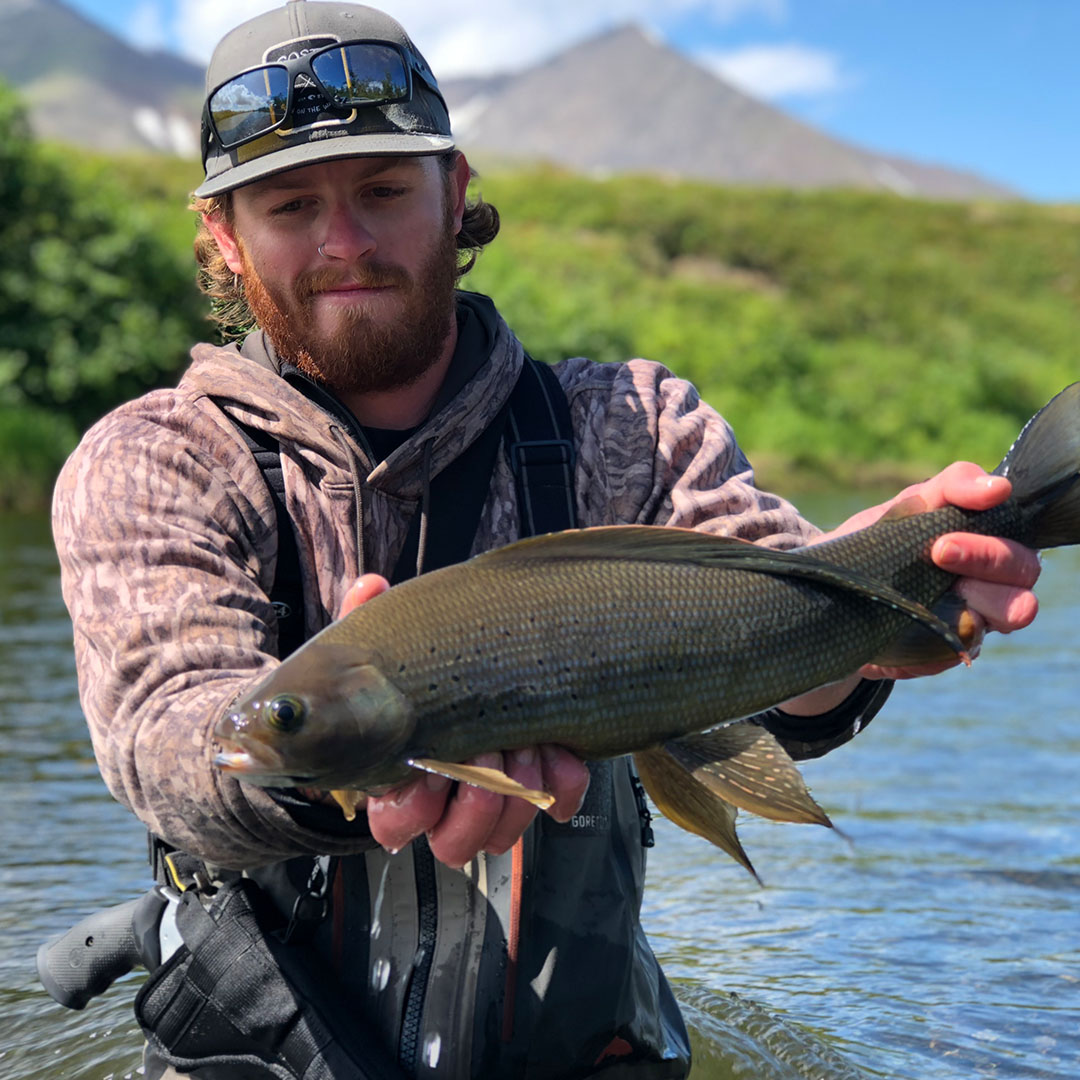 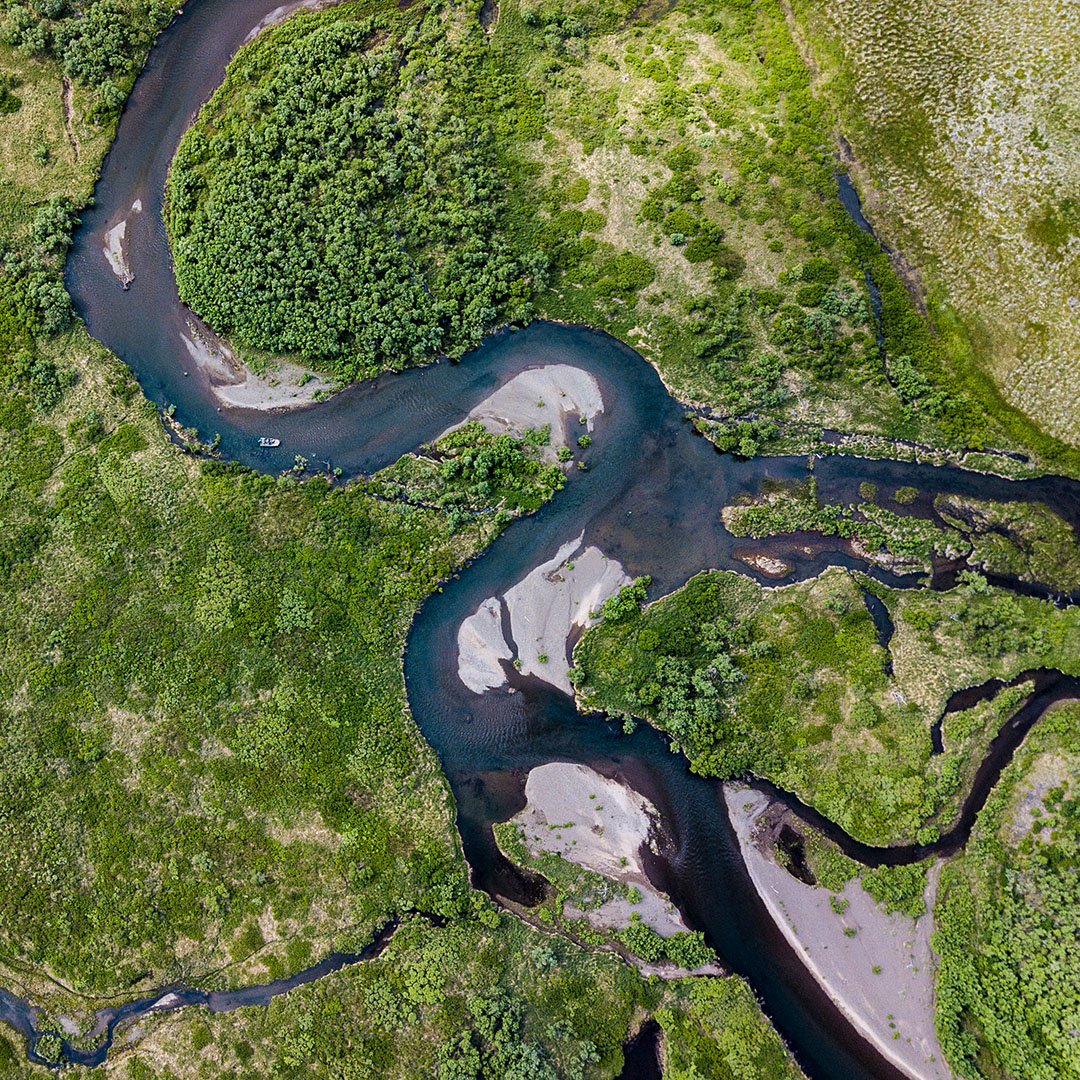 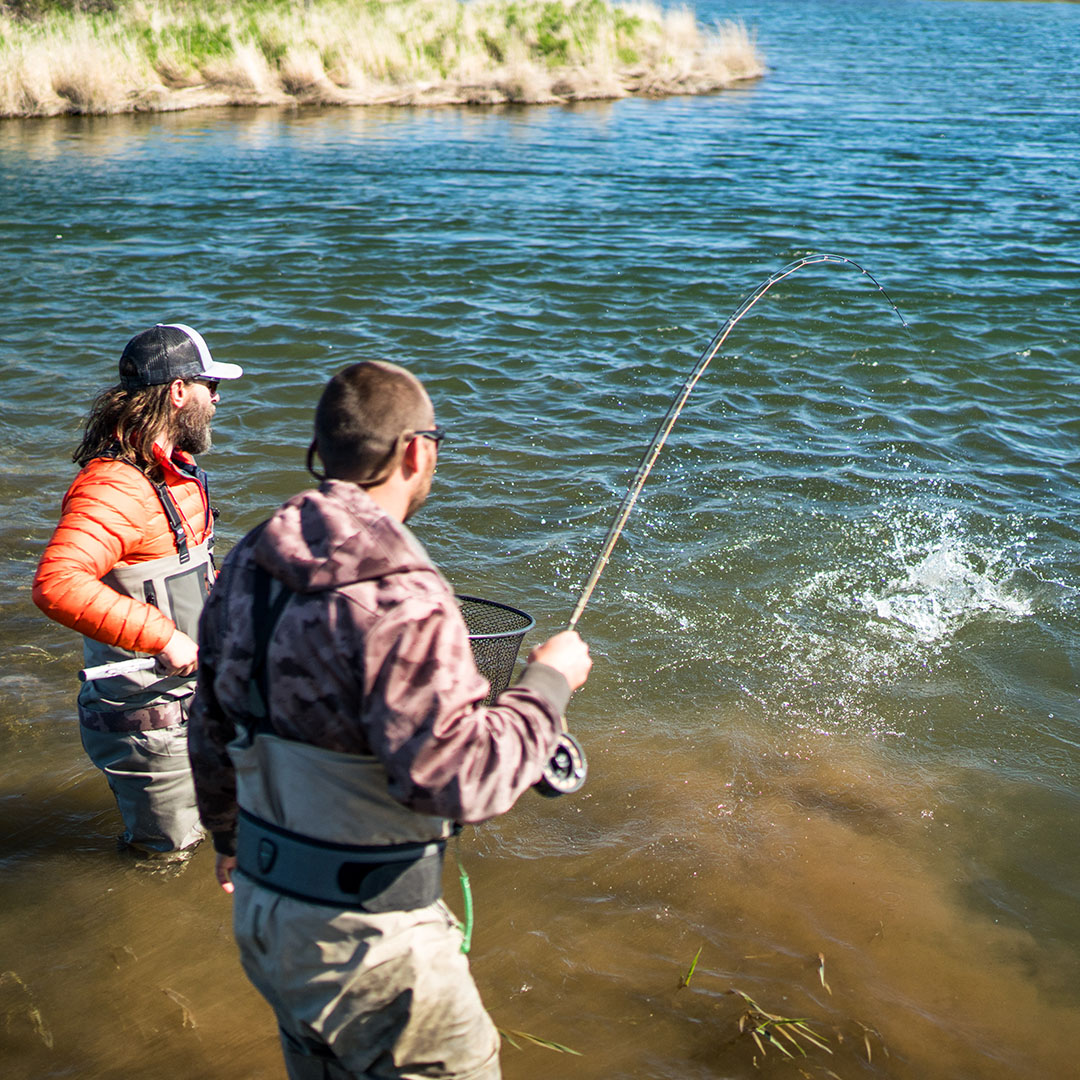 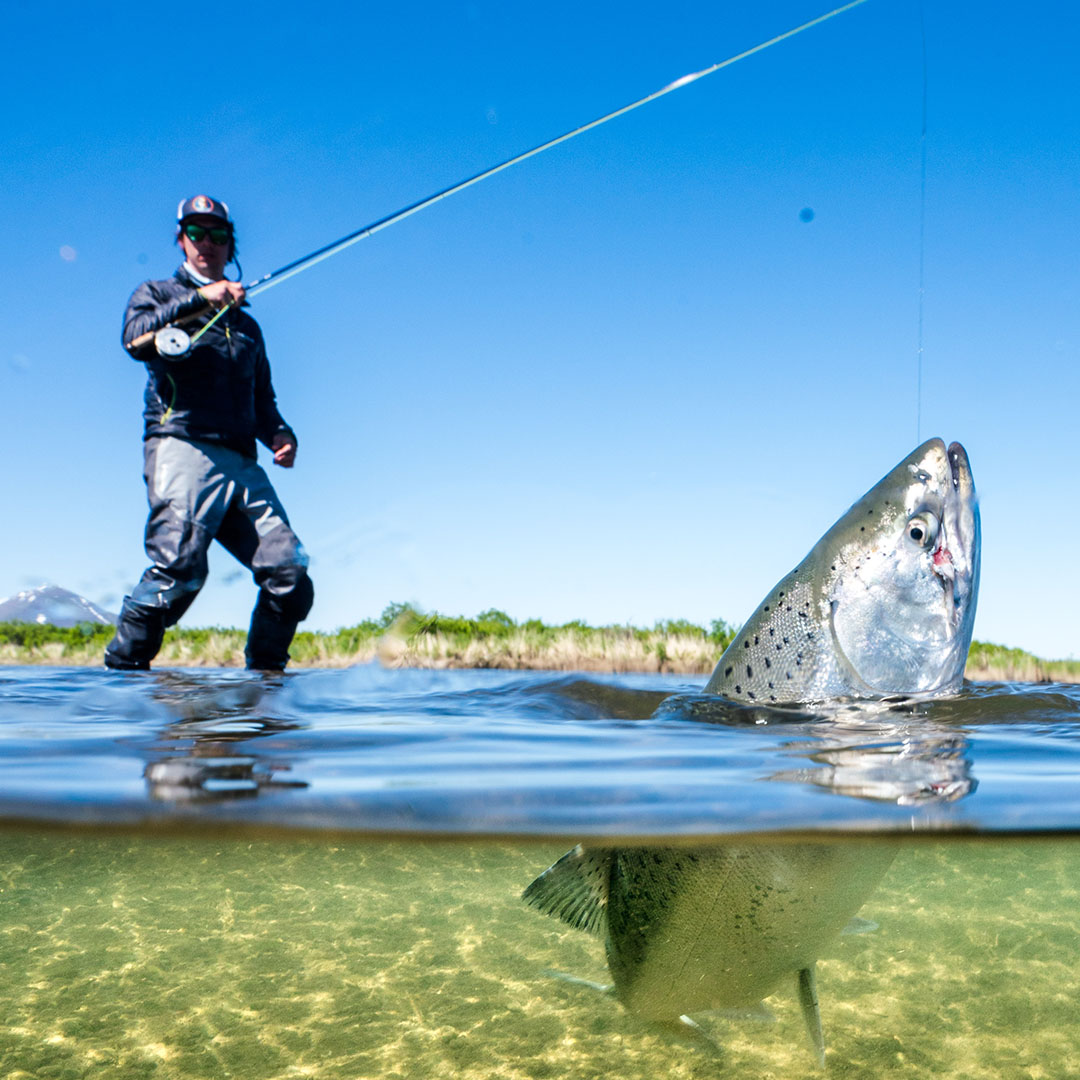 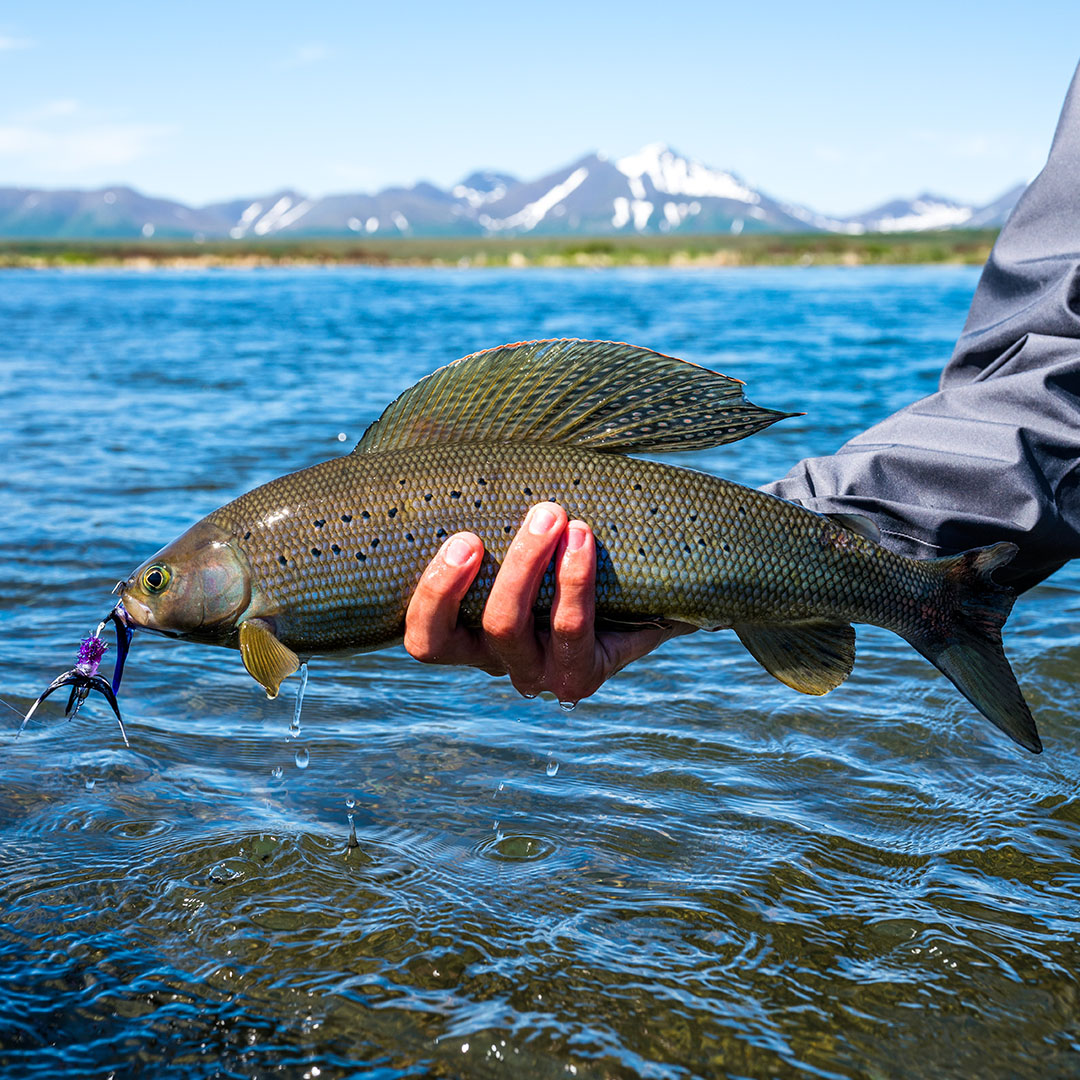 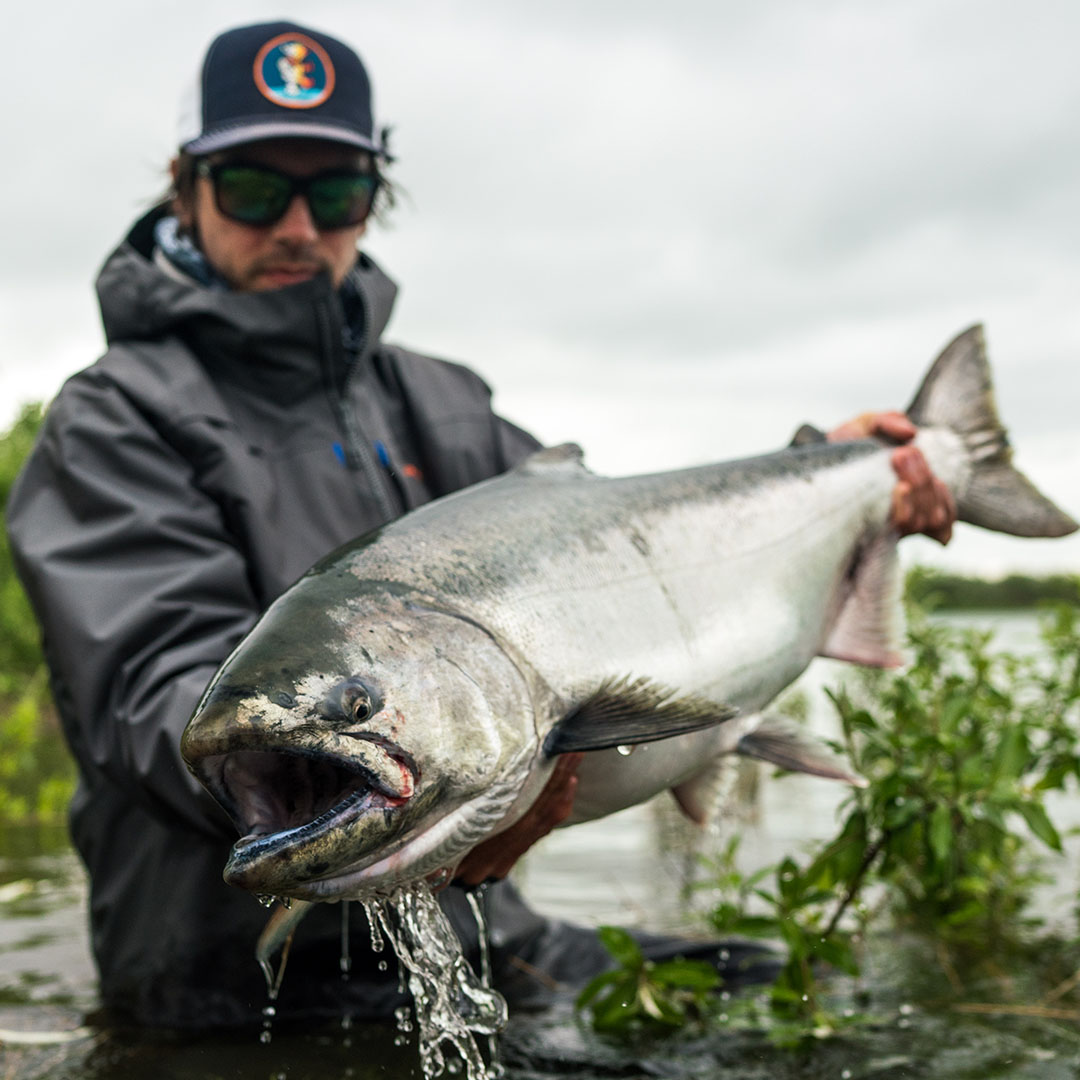 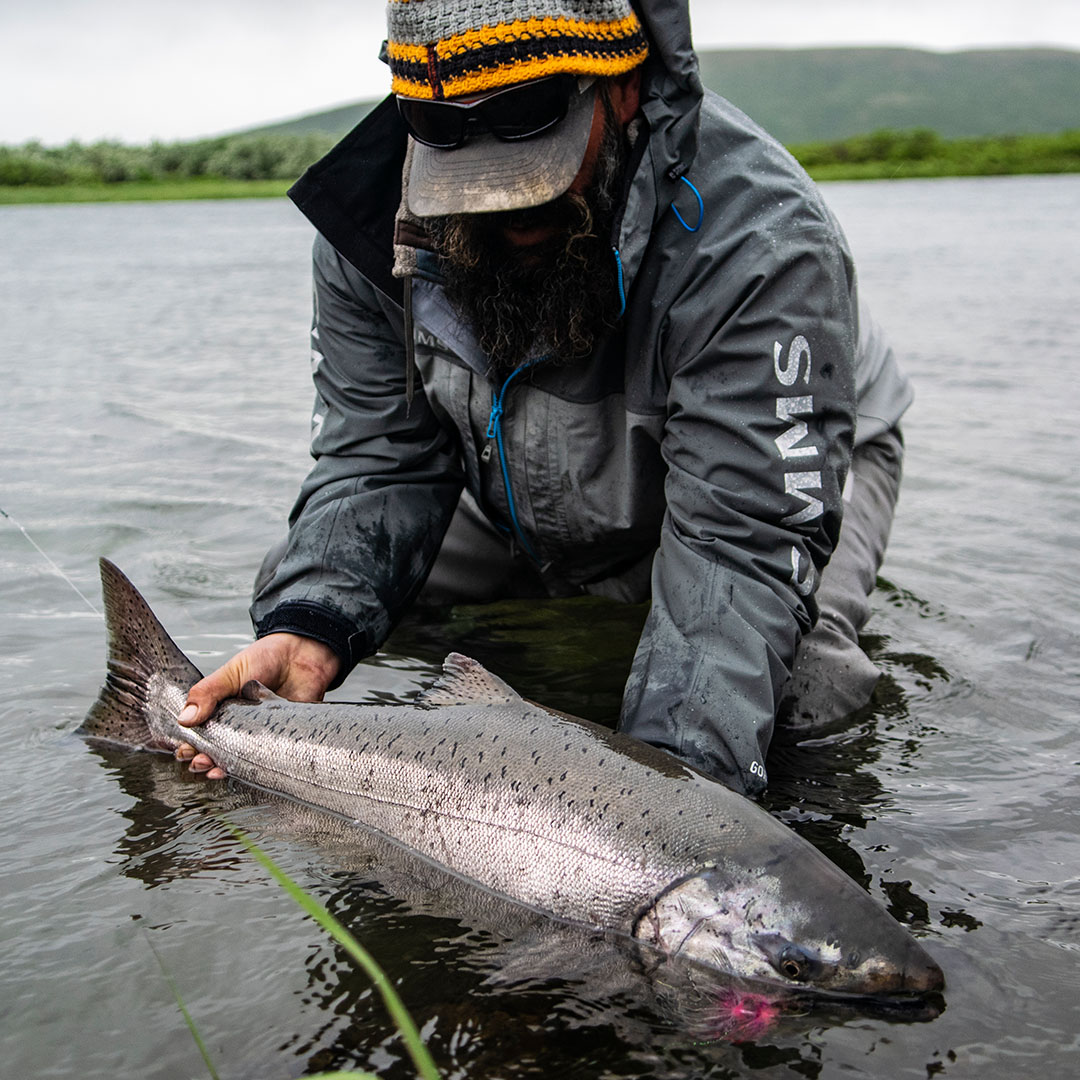 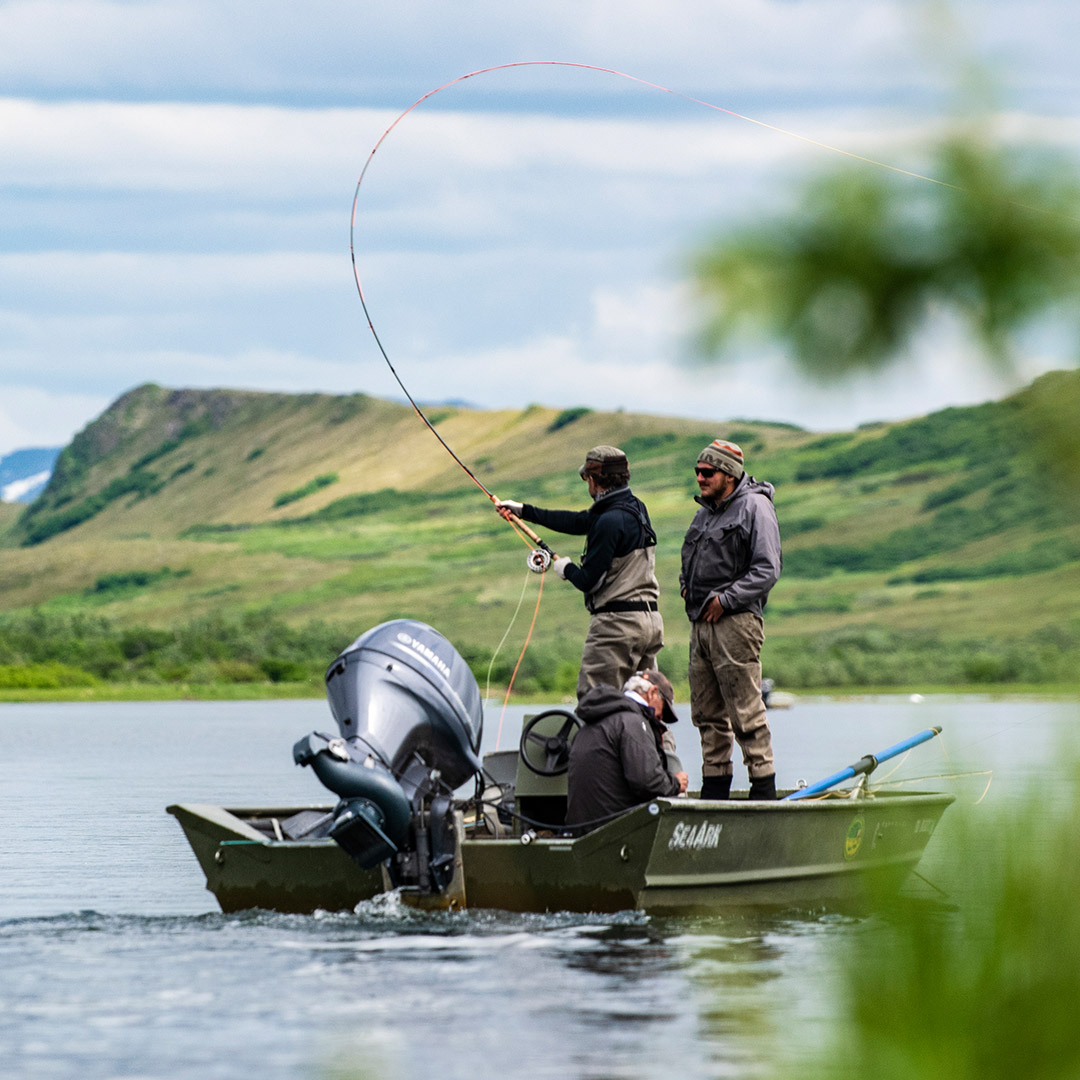 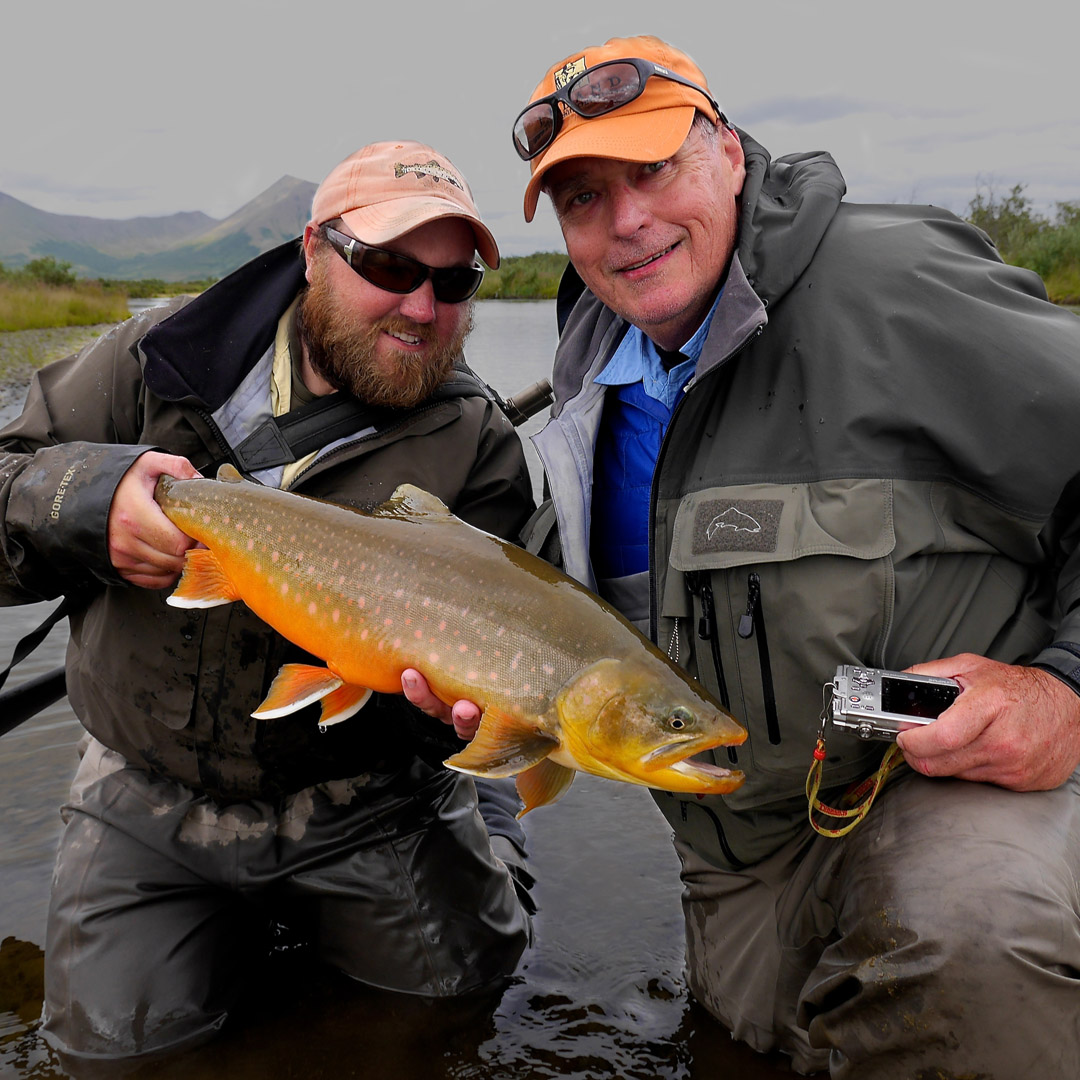 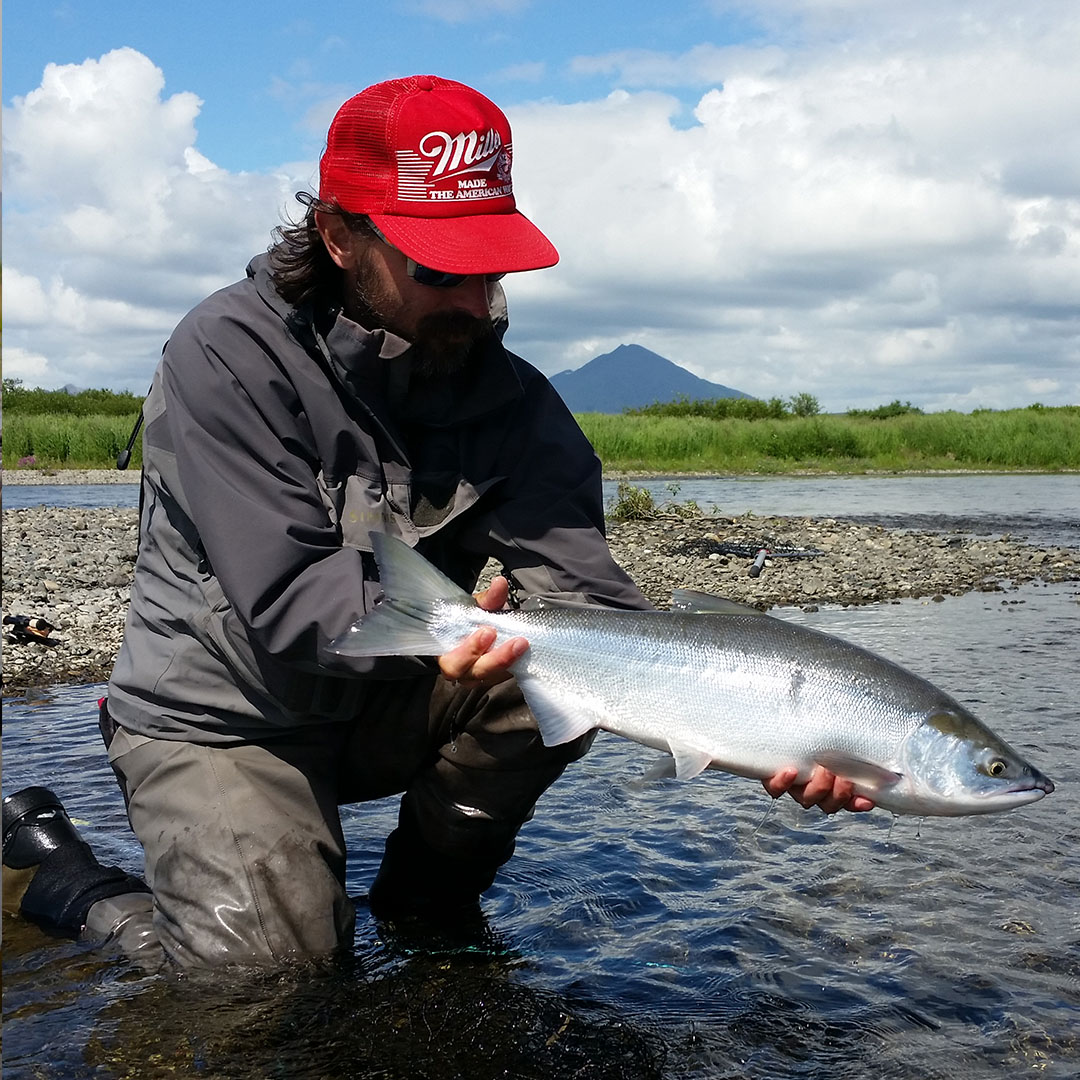 To secure your trip of a lifetime to the Goodnews River Lodge, email us at info@goodnewsriverlodge.com or call us at 1-800-965-8645 EST to confirm availability and reserve your week.